The United States of the United Races: A Utopian History of Racial Mixing (Paperback) 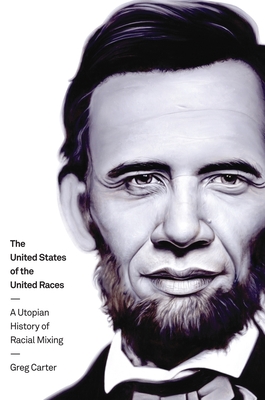 Barack Obama's historic presidency has re-inserted mixed race into the national conversation. While the troubled and pejorative history of racial amalgamation throughout U.S. history is a familiar story, The United States of the United Races reconsiders an understudied optimist tradition, one which has praised mixture as a means to create a new people, bring equality to all, and fulfill an American destiny. In this genealogy, Greg Carter re-envisions racial mixture as a vehicle for pride and a way for citizens to examine mixed America as a better America. Tracing the centuries-long conversation that began with Hector St. John de Crevecoeur's Letters of an American Farmer in the 1780s through to the Mulitracial Movement of the 1990s and the debates surrounding racial categories on the U.S. Census in the twenty-first century, Greg Carter explores a broad range of documents and moments, unearthing a new narrative that locates hope in racial mixture. Carter traces the reception of the concept as it has evolved over the years, from and decade to decade and century to century, wherein even minor changes in individual attitudes have paved the way for major changes in public response. The United States of the United Races sweeps away an ugly element of U.S. history, replacing it with a new understanding of race in America.

Greg Carter is Associate Professor of History at the University of Wisconsin-Milwaukee.