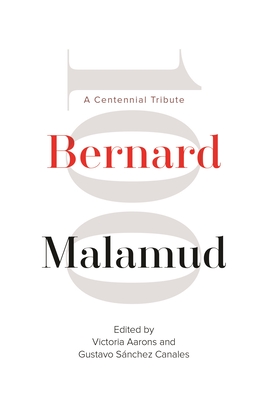 Master storyteller and literary stylist Bernard Malamud is considered one of the top three most influential postwar American Jewish writers, having established a voice and a presence for other authors in the literary canon. Along with Philip Roth and Saul Bellow, Malamud brought to life a decidedly American Jewish protagonist and a newly emergent voice that came to define American letters and that has continued to influence writers for over half a century. This collection is a tribute to Malamud in honor of the hundredth anniversary of his birth. Literary critic Harold Bloom suggests that "Malamud is perhaps the purest storyteller since Leskov," the nineteenth-century Russian novelist and satirist. Novelist Cynthia Ozick, in a tribute to Malamud, described him as "the very writer who had brought into being a new American idiom of his own idiosyncratic invention."

Unlike other collections devoted to Malamud, this collection is international in scope, compiling diverse essays from the United States, France, Germany, Greece, and Spain, and demonstrating the wide range of scholarship and approaches to Bernard Malamud's fiction. The essays show the breadth and depth of this masterful craftsman and explore through his short fiction and his novels such topics as the Malamudian protagonist's relation to the urban/natural space; Malamud's approach to death; race and ethnicity; the Malamudian hero as modern schlemiel; and the role of fantasy in Malamud's fiction.

Bernard Malamud is a comprehensive collection that celebrates a voice that helped to shape the last fifty years of literary works. Readers of American literary criticism and Jewish studies alike will appreciate this collection.

Victoria Aarons holds the position of O. R. & Eva Mitchell Distinguished Professor of Literature in the English Department at Trinity University, San Antonio, Texas. She is the author of A Measure of Memory Storytelling and Identity in American Jewish Fiction and What Happened to Abraham? Reinventing the Covenant in American Jewish Fiction, co-editor of The New Diaspora: The Changing Landscape of American Jewish Fiction (Wayne State University Press, 2015), and co-author with Alan L. Berger of the forthcoming book Third-Generation Holocaust Representation: Trauma, History, and Memory. Aarons has published over seventy scholarly essays in journals and book collections, is on the editorial board of a number of journals, and is a judge for the Edward Lewis Wallant Award. Gustavo S?nchez Canales teaches English at the Universidad Aut?noma de Madrid where he is also vice dean for Research. He has published book chapters and articles on Saul Bellow, Michael Chabon, Nathan Englander, Rebecca Goldstein, Allegra Goodman, Bernard Malamud, Cynthia Ozick, Chaim Potok, and Philip Roth, among others.