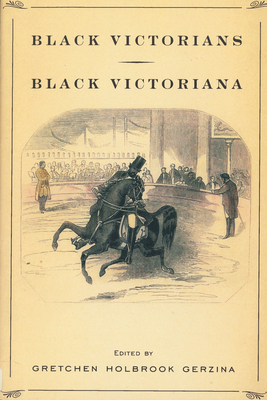 Black Victorians/Black Victoriana is a welcome attempt to correct the historical record. Although scholarship has given us a clear view of nineteenth-century imperialism, colonialism, and later immigration from the colonies, there has for far too long been a gap in our understanding of the lives of blacks in Victorian England. Without that understanding, it remains impossible to assess adequately the state of the black population in Britain today. Using a transatlantic lens, the contributors to this book restore black Victorians to the British national picture. They look not just at the ways blacks were represented in popular culture but also at their lives as they experienced them—as workers, travelers, lecturers, performers, and professionals. Dozens of period photographs bring these stories alive and literally give a face to the individual stories the book tells.

The essays taken as a whole also highlight prevailing Victorian attitudes toward race by focusing on the ways in which empire building spawned a "subculture of blackness" consisting of caricature, exhibition, representation, and scientific racism absorbed by society at large. This misrepresentation made it difficult to be both black and British while at the same time it helped to construct British identity as a whole. Covering many topics that detail the life of blacks during this period, Black Victorians/Black Victoriana will be a landmark contribution to the emergent field of black history in England.

Using a rich diversity of approaches, these essays give voice to hitherto unheard stories and provide historical and theoretical frameworks in which to understand them. Reading the volume creates an exciting feeling of discovery.
— Margaret Homans