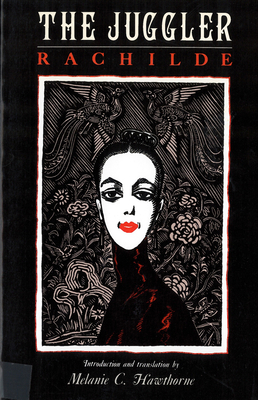 The Juggler (La Jongleuse) is a "decadent" novel that was first published in 1900. Its author, Marguerite Vallette-Eymery (1860-1953), who used the pseudonym Rachilde, was a prolific novelist (over sixty works of fiction), playwright, literary critic and reviewer, and a forceful presence in French literary society of her time. The protagonist of the novel, Eliante Donalger, is in some sense an exaggerated double for her creator--bizarre in appearance, clothing, and interests. Instinctively grasping a medical and psychological truth that the turn-of-the-century scientific world was only beginning to understand, Eliante maintains that there is nothing "natural" about human sexual expression. She claims to be in love with an inanimate (though anthropomorphic and sexually ambiguous) object, a Greek amphora, and the novel traces the rivalry between this faithful partner and an ardent human suitor, a young medical student. It is only through juggling, both literally and metaphorically, that Eliante is able to use her seductive power to maintain desire. The surprise ending challenges the limits of such power in a controversial and surprising twist. Although Rachilde's work has been neglected in the past, the women's movement and feminist criticism have stimulated renewed interest in her fiction. The Juggler is a major rediscovery.

Rachilde was the pen name and preferred identity of novelist and playwright Marguerite Vallette-Eymery (February 11, 1860 – April 4, 1953). Born near Périgueux, Dordogne, Aquitaine, France during the Second French Empire, Rachilde went on to become a symbolist author and the most prominent woman in literature associated with the Decadent Movement of fin de siècle France.

"The Juggler" is an unjustly neglected work. Gracefully poised between decadence and dada, it combines the sensuousness, love of the artificial and sexual ambiguity of Huysman with the word play, subversion and dramatic irony of (Rachilde's friend) Alfred Jarry. The story of the relationship between the "juggler" of the title (in fact a well to do widow), Eliante Donalger, and her younger, somewhat callow suitor, the medical student Leon Reille, the novel alternates between their dramatic exchanges and their equally dramatic letters. The gender reversal and strong female character are reminiscent of Rachilde's more famous work, the scandalous "Monsieur Venus," but "The Juggler" is more nuanced, sure footed and mature, while being just as scandalous. It's a sexy book, even though there's nothing explicit in it, mostly through the author's attention to the minutest of sensations and her appreciation of the elastic wonders of the female body. Eliante's defiantly outsider pose and her suggestion of the artificiality of gender itself make reading "The Juggler" a strangely contemporary and immediate experience, and I must admit I savored every word.
— James Agnew