Martin Luther and the Shaping of the Catholic Tradition (Hardcover) 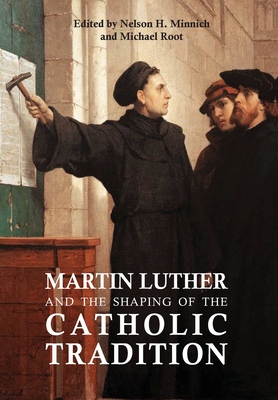 When Martin Luther distributed his 95 Theses on indulgences on October 31, 1517, he set in motion a chain of events that profoundly transformed the face of Western Christianity. The 500th anniversary of the 95 Theses offered an opportunity to reassess the meaning of that event. The relation of the Catholic Church to the Reformation that Luther set in motion is complex. The Reformation had roots in the late-medieval Catholic tradition and the Catholic reaction to the Reformation altered Catholicism in complex ways, both positive and negative. The theology and practice of the Orthodox church also entered into the discussions. A conference entitled "Luther and the Shaping of the Catholic Tradition," held at The Catholic University of America, with thirteen Catholic, Orthodox, and Protestant speakers from Germany, Finland, France, the Vatican, and the United States addressed these issues and shed new light on the historical, theological, cultural relationship between Luther and the Catholic tradition. It contributes to deepening and extending the recent ecumenical tradition of Luther-Catholic studies.