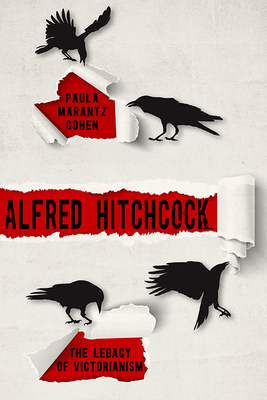 This provocative study traces Alfred Hitchcock's long directorial career from Victorianism to postmodernism. Paula Marantz Cohen considers a sampling of Hitchcock's best films--Shadow of a Doubt, Rear Window, Vertigo, Psycho--as well as some of his more uneven ones--Rope, The Wrong Man, Topaz--and makes connections between his evolution as a filmmaker and trends in the larger society.

Drawing on a number of methodologies including feminism, psychoanalysis, and family systems, the author provides an insightful look at the paradox of a Victorian-style gentleman who evolved into one of the leading masters of the modern medium of film. Cohen posits that Hitchcock's films are, in part, a masculine response to the domestic, psychological novels that had appealed primarily to women during the Victorian era. His career, she argues, can be seen as an attempt to balance "the two faces of Victorianism": the masculine legacy of law and hierarchy and the feminine legacy of feeling and imagination.

Cohen asserts that Hitchcock's films reflect his Victorian legacy and serve as a map for ideological trends. She charts his development from his British period through his classic Hollywood years into his later phase, tracing a conceptual evolution that corresponds to an evolution in cultural identity--one that builds on a Victorian inheritance and ultimately discards it.

Paula Marantz Cohen is Dean of the Pennoni Honors College and Distinguished Professor of English at Drexel University. She is the author of six nonfiction books on film, literature, and culture, and six novels, including the bestselling Jane Austen in Boca. Her most recent book is Of Human Kindness: What Shakespeare Teaches Us About Empathy.