Florida Soul: From Ray Charles to Kc and the Sunshine Band (Paperback) 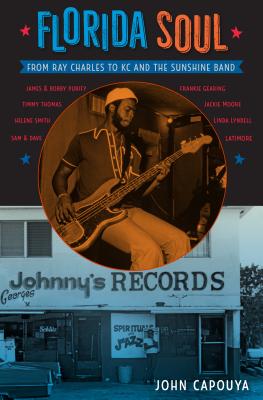 When recalling the roots of soul music, most people are likely to name Memphis, Detroit, New Orleans, Muscle Shoals, or Macon. But Florida also has a rich soul music history--an important cultural legacy that has often gone unrecognized. Florida Soul celebrates great artists of the Sunshine State who produced some of the most electric, emotive soul music America has ever heard.

This book tells the story of Ray Charles's musical upbringing in Florida, where he wrote his first songs and made his first recordings. It highlights the careers of Pensacola singers James and Bobby Purify and their producer, Papa Don Schroeder. Florida Soul reveals how Hank Ballard created his international hit song The Twist after seeing the dance in Tampa and profiles Gainesville singer Linda Lyndell (What a Man). Miami's Overtown and Liberty City neighborhoods produced Sam Moore of the legendary duo Sam and Dave, Willie Clarke and Johnny Pearsall of Deep City Records, and singer Helene Smith. Miami was also the longtime headquarters of Henry Stone, whose influential company T.K. Productions put out hits by Timmy Thomas, Latimore, Betty Wright, and KC and the Sunshine Band. Stone's artists and distribution deals influenced charts and radio airplay across the world.

Born in the era of segregation with origins in gospel, rhythm and blues, and jazz and reaching maturity during the civil rights movement, soul music is still enjoyed today, still very much a part of our collective culture. John Capouya draws on extensive interviews with surviving musicians to re-create the excitement and honor the achievements of soul's golden age, establishing Florida as one of the great soul music capitals of the United States.

John Capouya is associate professor of journalism and writing at the University of Tampa. His previous book, the biography Gorgeous George: The Outrageous Bad-Boy Wrestler Who Created American Pop Culture, is being adapted into a feature film.