Before the Religious Right: Liberal Protestants, Human Rights, and the Polarization of the United States (Intellectual History of the Modern Age) (Hardcover) 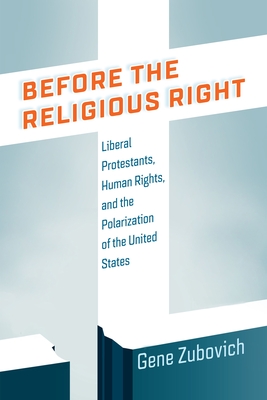 When we think about religion and politics in the United States today, we think of conservative evangelicals. But for much of the twentieth century it was liberal Protestants who most profoundly shaped American politics. Leaders of this religious community wielded their influence to fight for social justice by lobbying for the New Deal, marching against segregation, and protesting the Vietnam War. Gene Zubovich shows that the important role of liberal Protestants in the battles over poverty, segregation, and U.S. foreign relations must be understood in a global context. Inspired by new transnational networks, ideas, and organizations, American liberal Protestants became some of the most important backers of the United Nations and early promoters of human rights. But they also saw local events from this global vantage point, concluding that a peaceful and just world order must begin at home. In the same way that the rise of the New Right cannot be understood apart from the mobilization of evangelicals, Zubovich shows that the rise of American liberalism in the twentieth century cannot be understood without a historical account of the global political mobilization of liberal Protestants.

Gene Zubovich is Assistant Professor of History at the University at Buffalo, SUNY.