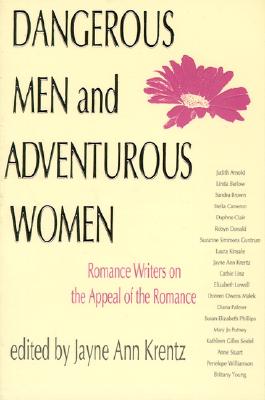 In Dangerous Men and Adventurous Women, Jayne Ann Krentz and the contributors to this volume--all best-selling romance writers--explode myths and biases that haunt both the writers and readers of romances.

In this seamless, ultimately fascinating, and controversial book, the authors dispute some of the notions that plague their profession, including the time-worn theory that the romance genre contains only one single, monolithic story, which is cranked out over and over again. The authors discuss positive life-affirming values inherent in all romances: the celebration of female power, courage, intelligence, and gentleness; the inversion of the power structure of a patriarchal society; and the integration of male and female. Several of the essays also discuss the issue of reader identification with the characters, a relationship that is far more complex than most critics realize.

Jayne Ann Krentz (Amanda Quick, Jayne Castle, Stephanie James) has written and published more than fifty series romances for several publishers including Harlequin, Silhouette, and Dell. Currently she writes contemporary romances for Pocket Books under her own name and historical romances for Bantam under the pen name Amanda Quick. Several of her contemporary and historical titles, including Scandal, Rendezvous, Sweet Fortune, and Perfect Partners, appeared on the New York Times bestseller list.