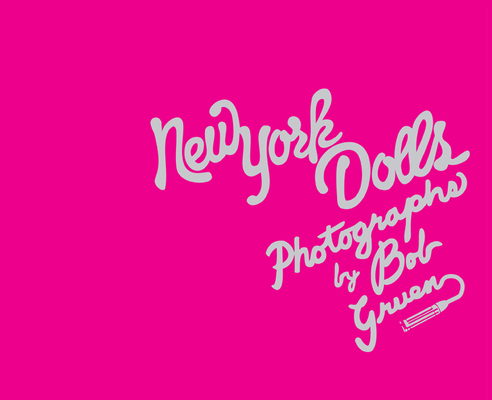 By Bob Gruen (By (photographer)), Legs McNeil (Commentaries by), David Johansen (Other primary creator), Morrissey (Afterword by)
$27.50
Unavailable, Out of Stock, or Out of Print

“The Dolls told me: We know you as you really are, and you’re OK by us.”--Morrissey, from his Afterword Formed in New York City in 1971, the New York Dolls prefigured Punk, New Wave, and Glam Metal Rock with their over-the-top style and their ingenious sound, setting the tone for many rock bands that would later come on the scene. Comprised of singer David Johansen, guitarists Johnny Thunders and Sylvain Sylvain, drummer Jerry Nolan, and bassist Arthur “Killer” Kane, the Dolls are the acknowledged influence of bands as diverse as Blondie, the Ramones, Motley Crue, Guns N Roses, Morrissey, the Smiths, and the Sex Pistols.  Legendary photographer Bob Gruen has compiled the first photography collection devoted to the New York Dolls and their iconic and unprecedented style.  Featuring over two hundred unforgettable images New York Dolls: Photographs by Bob Gruen celebrates one of the most important bands in music history.

Bob Gruen is a world-renowned rock and roll photographer. For almost 50 years, his images have appeared around the world in every form imaginable. He is the author of John Lennon: The New York Years, Rock Seen, New York Dolls, and Green Day: Photographs by Bob Gruen, among others. He lives in New York City.