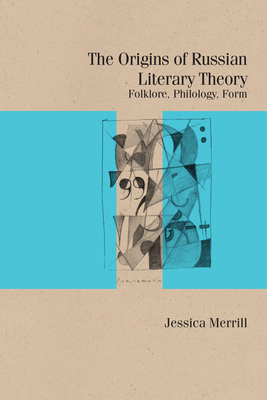 Russian Formalism is widely considered the foundation of modern literary theory. This book reevaluates the movement in light of the current commitment to rethink the concept of literary form in cultural-historical terms. Jessica Merrill provides a novel reconstruction of the intellectual historical context that enabled the emergence of Formalism in the 1910s. Formalists adopted a mode of thought Merrill calls the philological paradigm, a framework for thinking about language, literature, and folklore that lumped them together as verbal tradition. For those who thought in these terms, verbal tradition was understood to be inseparable from cultural history. Merrill situates early literary theories within this paradigm to reveal abandoned paths in the history of the discipline—ideas that were discounted by the structuralist and post-structuralist accounts that would emerge after World War II.

The Origins of Russian Literary Theory reconstructs lost Formalist theories of authorship, of the psychology of narrative structure, and of the social spread of poetic innovations. According to these theories, literary form is always a product of human psychology and cultural history. By recontextualizing Russian Formalism within this philological paradigm, the book highlights the aspects of Formalism’s legacy that speak to the priorities of twenty-first-century literary studies.

JESSICA MERRILL is an assistant professor of Slavic languages at Columbia University.

“Merrill's book is a major reinterpretation of the early stages of literary theory in Russia and their wider impact. Her narrative is attentive to detail, while remaining sure-footed when capturing the bigger picture. A rewarding piece of research that makes a strong contribution to the field.” —Galin Tihanov, author of The Birth and Death of Literary Theory: Regimes of Relevance in Russia and Beyond

“With impressive erudition and admirable lucidity, Jessica Merrill offers a strikingly novel reconstruction of Russian Formalism, placing it in a rich and largely neglected historical context. Her extended discussions of folklore and folkloristics, of the emphasis on the spoken as well as the written word, of the relevance of psychological theories and of contemporary politics, force us to reconsider the movement, its achievements, and its legacy. The book is a major contribution to the study of Western literary theory, and more generally, to twentieth-century intellectual history.” —Michael Wachtel, author of The Cambridge Introduction to Russian Poetry

“The Origins of Russian Literary Theory is remarkable for the lucidity of its composition. This clear and wide-ranging book makes an original and significant contribution to the study of Russian Formalism and Czech Structuralism, and thereby also to our understanding of the history of literary theory in the twentieth century—and perhaps its future in the twenty-first.” —Ilya Kliger, author of The Narrative Shape of Truth: Veridiction in Modern European Literature

“Merrill’s book attests to the inspiring vitality of Russian Formalism for contemporary literary studies. It approaches this subject from a new and insightful perspective and provides provocative vistas on this seminal school of criticism.” —Peter Steiner, author of Russian Formalism: A Metapoetics

“The Origins of Russian Literary Theory focuses on the role of comparative philology in the formation of Formalist concepts. The author efficiently considers both branches of the Formalist School—OPOIAZ and the Moscow Linguistic Circle—and explores why they favored folklore studies and sociolinguistic disciplines, such as dialectology (a fact largely disregarded in previous scholarship). As it is quite a departure from the traditional narrow view of Russian Formalism, Merrill’s book is a fascinating read for both literary theorists and intellectual historians.” —Igor Pilshchikov, coeditor of Epokha “ostraneniia” (The Age of “Estrangement”: Russian Formalism and Contemporary Humanities)