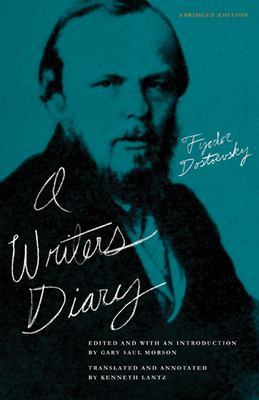 The essential entries from Dostoevsky's complete Diary, called his boldest experiment in literary form, are now available in this abridged edition; it is a uniquely encyclopedic forum of fictional and nonfictional genres. A Writer's Diary began as a column in a literary journal, but by 1876 Dostoevsky was able to bring it out as a complete monthly publication with himself as an editor, publisher, and sole contributor, suspending work on The Brothers Karamazov to do so. The Diary's radical format was matched by the extreme range of its contents. In a single frame it incorporated an astonishing variety of material: short stories; humorous sketches; reports on sensational crimes; historical predictions; portraits of famous people; autobiographical pieces; and plans for stories, some of which were never written while others appeared later in the Diary itself. A range of authorial and narrative voices and stances and an elaborate scheme of allusions and cross-references preserve and present Dostoevsky's conception of his work as a literary whole. Selected from the two-volume set, this abridged edition of A Writer's Diary appears in a single paperback volume, along with a new condensed introduction by editor Gary Saul Morson.

FYODOR DOSTOEVSKY (1821–1881) was a Russian novelist and writer. His major works include Crime and Punishment, The Brothers Karamazov, and Notes from Underground. His contribution to world literature, philosophy, and social thought is immeasurable.

KENNETH LANTZ is a professor of Russian at the University of Toronto.

GARY SAUL MORSON is the Frances Hooper Professor of the Arts and Humanities at Northwestern University.

"Illuminates an entire stretch of Russian cultural history, and is indispensable on this score alone." —Joseph Frank, London Review of Books