Americans: A Collision of Histories (Paperback) 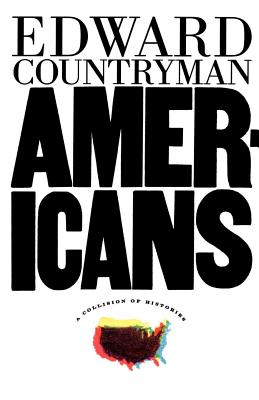 In this social history, Edward Countryman shows how interactions among America's different ethnic groups have contributed to our sense of nationality. From the earliest settlements along the Atlantic seaboard to the battle over our nation's destiny in the aftermath of the Civil War, Countryman reveals Americans in all their diverse complexity and shows why the very identity of "American"--forged by the African, the Indian, and the European alike--is what matters.

Edward Countryman is University Distinguished Professor in the Clements Department of History at Southern Methodist University. He has also taught at the Universities of Warwick and Cambridge, the University of Canterbury, and Yale University. He has published widely on the American Revolution, winning a Bancroft Prize for his book A People in Revolution (1981). Together with Evonne von Heussen-Countryman, he has also published Shane in the British Film Institute Film Classics series.  As of late 2010 he is working on two book projects.  One is a short volume on African Americans and the era of American independence.  The other is a longer study of how Native Americans became familiar with the world and the ideas of invading Europeans during the colonial era.

“The picture of Americans that emerges in this book is diverse in the best sense. In delineating the contours of the nation's ethnic makeup, Mr. Countryman avoids pat generalizations and political partisanship. he innovatively synthesizes relevant, often unfamiliar information and presents it with disarming directness . . . Americans admirably provides what we have long needed: a compact, illuminating overview of the intricate strands of early American history.” —David S. Reynolds, The New York Times Book Review

“A useful contribution to you ever changing, ever more complex, understanding of who we are.” —Jonathan Yardley, The Washington Post

“With a marvelous and graceful command of detail, Countryman takes us forward through the shared experiences of all . . . Americans stands as the fairest, most sympathetic, most effectively compact synthesis of the nation's ethnic history that anyone has produced.” —Carlin Romano, The Boston Globe