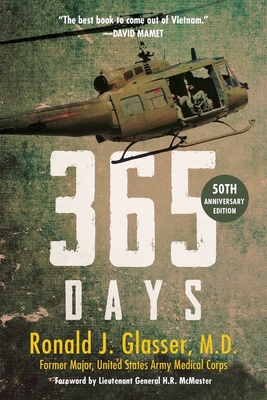 The 50th anniversary edition of Ronald Glasser's classic, with a new foreword by Lieutenant General H.R. McMaster. In this gripping account, Glasser offers an unparalleled description of the horror endured daily by those on the front lines. “The best book to come out of Vietnam.” David Mamet

Assigned to Zama, an Army hospital in Japan in September 1968, Glasser arrived as a pediatrician in the U.S. Army Medical Corps to care for the children of officers and high-ranking government officials. The hospital's main mission, however, was to support the war and care for the wounded. “They all came through the hospitals of Japan … the chopper pilots and the RTO's, the forward observers, the cooks, the medics and the sergeants... the heroes and the ones under military arrest, the drug addicts and the killers.” At Zama, an average of six to eight thousand patients were attended to per month, and the death and suffering were staggering. The soldiers counted their days by the length of their tour—one year, or 365 days—and they knew, down to the day, how much time they had left. Glasser tells their stories—of lives shockingly interrupted by the tragedies of war—with moving, humane eloquence.

Ronald J. Glasser, M.D., is a physician and the author of several investigations of trauma in modern warfare, including Broken Bodies, Shattered Minds and Wounded: Vietnam/Iraq, as well as the general medical studies The Light in the Skull and The Body Is the Hero. He is also the author of the novels Another War, Another Peace and Ward 402. He lives in Minneapolis.