The Pueblo Revolt of 1680: Conquest and Resistance in Seventeenth-Century New Mexico (Paperback) 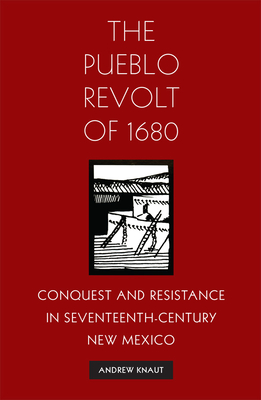 By Andrew L. Knaut
This Book Is Not Sold Online - Inquire In Store
Usually Ships in 1-5 Days

In August 1680 the Pueblo Indians of northern New Mexico arose in fury to slay their Spanish colonial overlords and drive any survivors from the land. Andrew Knaut explores eight decades of New Mexican history leading up to the revolt, explaining how the newcomers had disrupted Pueblo life in far-reaching ways - they commandeered the Indians' food stores, exposed the Pueblos to new diseases, interrupted long-established trading relationships, and sparked increasing raids by surrounding Athapaskan nomads. The Pueblo Indians' violent success stemmed from an almost unprecedented unity of disparate factions and sophistication of planning in secrecy. When Spanish forces retook the colony in the 1690s, freedom proved short-lived. But the revolt stands as a vitally important yet neglected historical landmark: the only significant reversal of European expansion by Native American people in the New World.