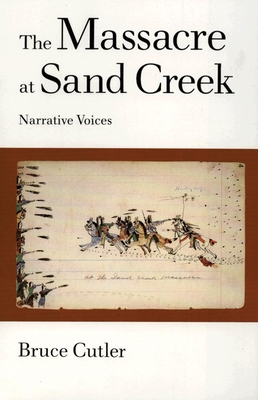 In the dawn of November 29, 1864, a Colorado militia unit attacked a peaceful encampment of Cheyennes by Sand Creek in southeast Colorado Territory and murdered almost two hundred men, women, and children. In The Massacre at Sand Creek, Bruce Cutler retells, in a powerful narrative, the events surrounding this atrocity. We hear the voices of the white participants, such as Colonel John Chivington, who planned and led the surprise attack, and Captain Silas Soule, the only officer who refused to attack. We are also given the voices of the Cheyennes - voices that historical documents do not record - with particular focus on Black Kettle, the chief who trusted the promise of protection he had received from white officers and who waved the white flag of peace even as the attacking army approached.