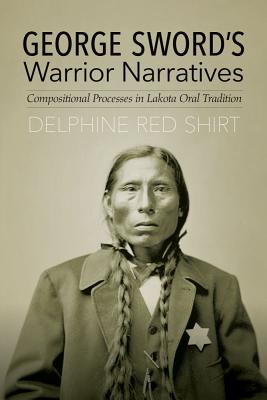 Published through the Recovering Languages and Literacies of the Americas initiative, supported by the Andrew W. Mellon Foundation

The general focus in Lakota oral literary research has been on content rather than process within oral traditions. In this groundbreaking study of the characteristics of Lakota oral style, Delphine Red Shirt shows how its composition and structure are reflected in the work of George Sword, who composed 245 pages of text in the Lakota language using the English alphabet. What emerges in Sword’s Lakota narratives are the formulaic patterns inherent in the Lakota language that are used to tell the narratives, as well as recurring themes and story patterns. Red Shirt’s primary conclusion is that this cadence originates from a distinctly Lakota oral tradition.

Red Shirt analyzes historical documents and original texts in Lakota to answer the question: How is Lakota literature defined? Her pioneering work uncovers the epistemological basis of this literature, which can provide material for literary studies, anthropological and traditional linguistics, and translation studies. Her analysis of Sword’s texts discloses tools that can be used to determine whether the origin of any given narrative in Lakota tradition is oral, thereby opening avenues for further research.

Delphine Red Shirt (Oglala Sioux) is a lecturer in Native American studies and in the Special Languages Program (Lakota) at Stanford University. She has a PhD in American Indian studies from the University of Arizona and has previously served as chairperson of the nongovernmental organization committee on the International Decade of the World’s Indigenous People. Red Shirt is the author of Bead on an Anthill: A Lakota Childhood (Nebraska, 1997) and Turtle Lung Woman’s Granddaughter (Nebraska 2002).

"Delphine Red Shirt provides a valuable, culturally informed analysis of a selection of texts authored by George Sword, one of the most noteworthy of historical Lakota figures spanning the nineteenth and twentieth centuries."—Debra K. S. Barker, Great Plains Quarterly

“Students of anthropology, linguistics, and world literature will be delighted to see a Native American case that is parallel to Albert Lord’s classic, The Singer of Tales, which showed how ancient bards managed to memorize lengthy oral narratives as epic poetry, performed as song. Red Shirt’s book will soon be a classic itself.”—Sean O’Neill, associate professor of linguistic anthropology at the University of Oklahoma and author of Cultural Contact and Linguistic Relativity among the Indians of Northwestern California