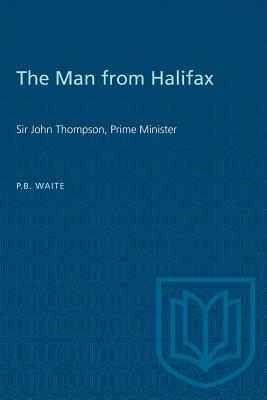 Sir John Thompson was prime minister of Canada for two years during the period between the death of Sir John A. Macdonald in 1891 and the advent to power of Sir Wilfred Laurier in 1896. In some ways he was greater than either of them although his term as prime minister was relatively brief. He died in office at the tragically early age of forty-nine, at Windsor Castle during a visit to Queen Victoria.
Thompson was born and raised in Halifax and is buried there. In between he attained nearly all the offices a young Canadian lawyer could aspire to: attorney-general of his native province, justice of the Supreme Court of Nova Scotia, minister of justice in the Conservative government in Ottawa for nine years, and finally prime minister. His name was soon forgotten. Yet a man so distinguished by decency and knowledge, with so strong a grasp of his duty, a man so committed to Canada, cannot be easily dismissed. He had perhaps the most formidable intellect of any of the prime ministers.
Unlike most of them, Thompson was a family man, passionately devoted to his wife, Annie, and their five children. When away from his wife, Thompson used to say, he was like Charles II of Spain - nasty, disagreeable, and dangerous. But during such times the couple wrote each other every day, a practice that resulted in the richest personal correspondence of any Canadian prime minister. With the help of these letters, Professor Waite has ably and intimately portrayed the private life of a late-Victorian politican: the sacrifice of home comforts, the loneliness of Ottawa, and the sense of public duty that drive Thomson, despite his natural inclinations, to persist in government service.