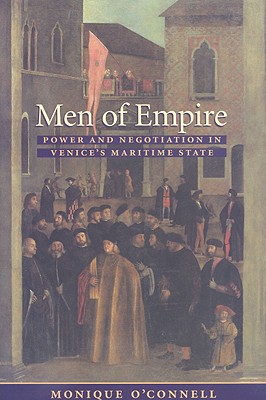 By Monique O'Connell
$62.00
Unavailable, Out of Stock, or Out of Print

The city-state of Venice, with a population of less than 100,000, dominated a fragmented and fragile empire at the boundary between East and West, between Latin Christian, Greek Orthodox, and Muslim worlds. In this institutional and administrative history, Monique O'Connell explains the structures, processes, practices, and laws by which Venice maintained its vast overseas holdings.

The legal, linguistic, religious, and cultural diversity within Venice's empire made it difficult to impose any centralization or unity among its disparate territories. O'Connell has mined the vast archival resources to explain how Venice's central government was able to administer and govern its extensive empire.

O'Connell finds that successful governance depended heavily on the experience of governors, an interlocking network of noble families, who were sent overseas to negotiate the often conflicting demands of Venice's governing council and the local populations. In this nexus of state power and personal influence, these imperial administrators played a crucial role in representing the state as a hegemonic power; creating patronage and family connections between Venetian patricians and their subjects; and using the judicial system to negotiate a balance between local and imperial interests.

In explaining the institutions and individuals that permitted this type of negotiation, O'Connell offers a historical example of an early modern empire at the height of imperial expansion.

Monique O'Connell is an assistant professor of history at Wake Forest University.