Liaisons Dangereuses: Sex, Law, and Diplomacy in the Age of Frederick the Great (Hardcover) 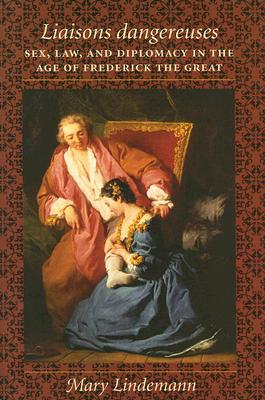 By Mary Lindemann
$41.00
Unavailable, Out of Stock, or Out of Print

Liaisons dangereuses examines the local and international repercussions of a notorious episode in eighteenth-century Hamburg. Historian Mary Lindemann recounts the mysterious circumstances surrounding the violent death of a counterfeit Milanese count, Joseph Visconti, at the hands of an erstwhile Prussian lieutenant, the Baron von Kesslitz.

Reconstructing the drama from the perspectives of four principal players--the count, the baron, an Italian/French courtesan, Anna Maria Romellini, and Antoine Ventura de Sanpelayo, the Spanish consul in Hamburg--Lindemann explores the historical currents that swept these individuals together and the effects of their encounter on Hamburg's public, its government, and its diplomatic and economic relationships with European courts and states. Lindemann profiles each person involved in the crime, exploring their lives as unique sets of circumstances while analyzing them as eighteenth-century types.

What actually took place on that fateful night in October 1775? All Hamburg buzzed with rumors, but it is impossible to determine without doubt the motives of those involved, or even to know what really happened. Nevertheless, the case that developed around the killing of Visconti provides fascinating insights into the diplomatic, cultural, legal, social, and political history of the last third of the eighteenth century.

Mary Lindemann is a professor of history at the University of Miami. She is the author of Health and Healing in Eighteenth-Century Germany (Johns Hopkins University Press, 1996).