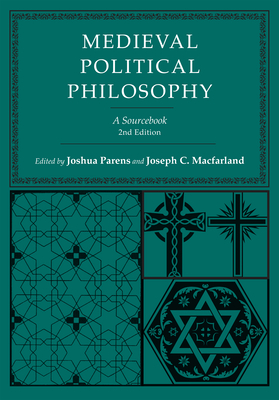 Medieval Political Philosophy: A Sourcebook, edited by Ralph Lerner and Muhsin Mahdi, has been a classroom favorite since its publication in 1963. When it first appeared, it was the only anthology of medieval political philosophy to contain major texts from all three Western monotheistic traditions--Christianity, Judaism, and Islam--and that claim remains true today. This new edition of this classic text of political philosophy--revised and enlarged by Joshua Parens and Joseph C. Macfarland--will make accessible to today's students the insights of these profound medieval thinkers.

Prior to the modern separation of religion from politics, these medieval thinkers explored a variety of approaches to the relation between religion and politics--approaches that prompted renewed interest in a world divided over how best to relate the two. For the authors gathered in this volume--including Alfarabi, Alghazali, Averroes, Maimonides, Judah Halevi, Thomas Aquinas, Boethius of Dacia, and Dante Alighieri among many others--there was a greater uniformity of general intention than at any other period. All of these authors studied the works of classical political philosophy and considered in a variety of ways the implications of this political thought for their contemporary situation in a monotheistic religious community.

Joshua Parens is Professor of Philosophy at the University of Dallas. He is the author of Metaphysics as Rhetoric: Alfarabi's Summary of Plato's 'Laws' and An Islamic Philosophy of Virtuous Religions. Joseph C. Macfarland is a tutor at St. John's College in Annapolis, Maryland.