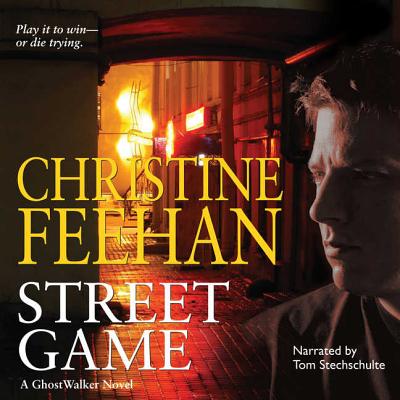 By Christine Feehan, Tom Stechschulte (Read by)
$99.95
Unavailable, Out of Stock, or Out of Print

This is book number 8 in the Ghostwalker Novels series.

For Mack McKinley and his team of GhostWalker killing machines, urban warfare is an art. But despite a hard-won knowledge of the San Francisco streets, Mack knows from experience that too many things can still go wrong. Danger was just another part of the game-and now he's come face-to-face with a woman who can play just as tough. She's Jaimie, a woman with a sapphire stare so potent it can destroy a man. Years ago she and Mack had a history-volatile, erotic, and electric. Then she vanished. Now she's walked back into Mack's life as a spy with more secrets than are good for her. Against all odds, she's hooking up with Mack one more time to take on an enemy that could destroy them both, or bring them back together in a no-holds-barred adrenaline rush.