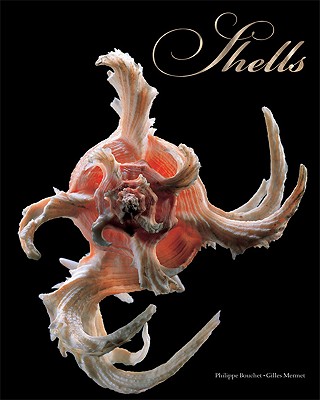 By Philippe Bouchet, Gilles Mermet (Photographer)
$45.00
Unavailable, Out of Stock, or Out of Print

More than just an appreciation of shells, this book captures all the artistry of theundersea world. Prized since ancient times for their beauty, shells appear in Mexicantemple art, on Greek and Roman vases, in Renaissance paintings and architecturalsculpture, and in modern jewelry and furniture. The artists themselves are thousandsof species of mollusks, which produce shells of infinite shapes and sizes: the polished, the patinated, and the peculiar. From porcelain cones and miters to coleus and whirls, the collectorG 's favorites account for barely five percent of known species (mollusks arethe second largest phylum after arthropods), and it is possible we havenG t even discoveredhalf of them. They are abundant and widespread, living from the Arctic to theAntarctic, in oceans and in streams, ponds, and lakes on every continent. They havebeen discovered on high Himalayan peaks, in bleak deserts, and on sandy beaches aswell as in shallow lagoons and water as deep as 21,00 feet. The marvelous collectionof shells featured here is both a celebration and a scientific investigation.Philippe BouchetG 's writing is rich with the flavors of malacology, bringing in examplesof biodiversity, the threats from anthropogenic pressure, and the important scientificand patrimonial role played by natural history museums, which are invaluableconservatories. We follow the author and his team in their exploration work, samplingand sifting, on board the French Institute for Research and Development vessel, off thecoast of New Caledonia.The author writes that G Most of the time, you may not recognize a shell but it doesnot mean itG 's necessarily a new species.G It can take several years for the small communityof international experts to be certain of a new discovery. It is just as difficult towork out which species are rare and which are threatened with extinction, as they defyhuman jurisdiction. With a true sense of wonderment, he discusses how incredible it isthat in the twenty-first century (an age of genetics, nanotechnology, and advancedspace exploration), a number of species of plants, animals, and fungi on the surface ofthe planet (let alone beneath the waves) remain G undiscovered, G unstudied and/orunnamed.This fascinating text with its amazing images is ideal for shell collectors, naturalhistory buffs, and admirers of great photography books.