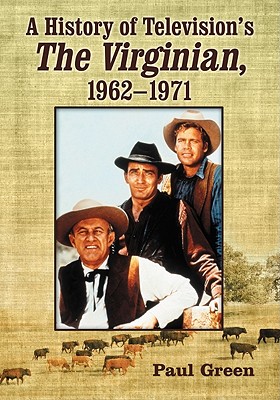 On September 19, 1962, The Virginian made its primetime broadcast premiere. The 1902 novel by Owen Wister had already seen four movie adaptations when Frank Price mentioned the story's series potential to NBC. Filmed in color, The Virginian became television's first 90-minute western series. Immensely successful, it ran for nine seasons--television's third longest running western. This work accounts for the entire creative history of The Virginian, including the original inspirations and the motion picture adaptations--but the primary focus is its transformation into television and the ways in which the show changed over time. An extensive episode guide includes title, air date, guest star(s), writers, producers, director and a brief synopsis of each of The Virginian's 249 episodes, along with detailed cast and production credits.

The late Paul Green worked as an artist in the UK for Marvel, DC and World Distributors, among others, on titles such as Doctor Who, Rambo, Action Man, Wonder Woman and Star Trek. The author of many books about television and film history, he lived in Rustburg, Virginia.