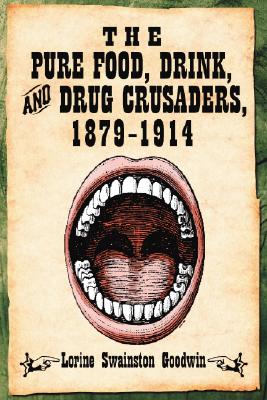 Under a likeness of President Theodore Roosevelt in the Library of Congress, a plaque lists the Pure Food and Drink Law of 1906 as one of the three landmark achievements of his administration. Few authorities would disagree. Designed to ensure the safety of foods, drinks and drugs, the law was one of the first pieces of social legislation enacted in the United States. Among the most enthusiastic and persistent crusaders for the bill's passage were a wide array of women's groups, many politically active for the first time. Based in large part on primary sources, this work examines the many groups involved in the passage of the Pure Food and Drink Law and how their work affected American society. Part One examines the origins of the movement and why women became so involved. Part Two focuses on the primary groups involved in the law's passage, such as the National Woman's Christian Temperance Union and the General Federation of Women's Clubs. How it was that such diverse groups rallied around this issue is also explored. The industrial and political opposition to the law and how the crusaders overcame it is covered in Part Three, along with details on how the law's proponents were able to pressure the U.S. Congress into passing it and how they worked to see it fully implemented.

A retired pharmacist, Lorine Swainston Goodwin received her Ph.D. in history from the University of Missouri. She now lives in Provo, Utah.