Major Battles of the War of 1812 (Paperback) 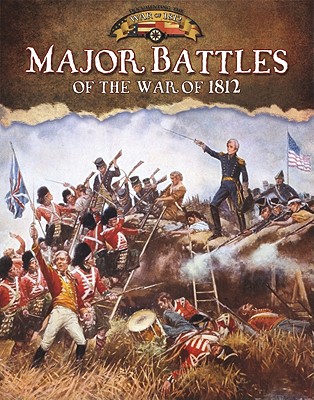 Pivotal battles waged before, during, and after the War of 1812 are detailed in this fascinating book. Battles between the United States and the British and Canadians saw gains and losses of territory for both sides, all of which proved to be only temporary. For the Native Indians who fought on each side, the result was the loss of their land and autonomy. Famous battles highlighted include those at sea: the USS Constitution vs the Guerriere, the USS Lawrence in the Battle of Lake Erie, and the capture of the USS Chesapeake; and on land - the Battle of Tippecanoe before the war, the Battle of Queenston Heights, and the Battle of New Orleans which took place after the Treaty of Ghent had already been signed ending the war.