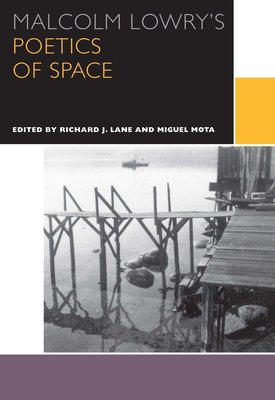 This collection focuses on Lowry's spatial dynamics, from the psychogeography of the Letterist and the Situationist International, through musical forms (especially jazz), cinema, photography, and spatialpoetic writing, to the spaces of exception, bio-politics, and the creaturely. It presents previously unpublished essays by both established and new international Lowry scholars, as well as innovative ways of conceiving of his aesthetic practice. In each of the book's three sections, critics engage in the notion of Lowry as a multi-media artist who influenced and was deeply influenced by a broad range of modernist and early postmodernist aesthetic practices. Acutely aware of and engaged in the world of film, sensitive to the role of the graphical surface in advertising and propaganda, and deeply immersed in a vast range of literary traditions and the avant-garde, Lowry worked within an intertextual space that is also a mediascape, one which tends to transgress, or at least exceed, neatly controlled borders or aesthetic boundaries. These new approaches to Lowry's life and work, which make use of new and recent theoretical perspectives, will encourage fresh debate around Lowry's writing.
This book is published in English.