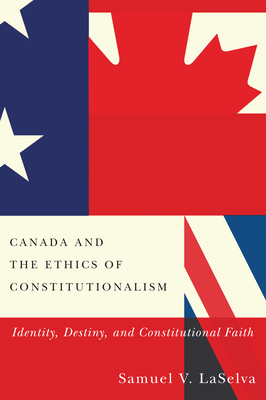 Canada is caught between two empires and between two constitutional systems. However, neither the British model of a "single sovereign" nor the American people's "sacred fire of liberty" matched the pluralistic identity of Canada, so Canadians engaged in constitutional experimentation. In Canada and the Ethics of Constitutionalism Samuel LaSelva argues that, in order to understand the old Canada of Confederation and the new one that followed the Charter of Rights and Freedoms, it is necessary to see how distinctive Canadian constitutionalism is and how that distinctiveness does not depend on borrowings from the British or American constitutional models. LaSelva supports his argument by exploring different aspects of Canada's contribution to the ethics of constitutionalism including the limits of free expression, the Charter's notwithstanding clause, the origins and functions of judicial review, the Quebec secession debate, Aboriginal self-government, and the conception of Canada as a multicultural and multinational mosaic. Through a careful consideration of how Canadian constitutional pluralism with its focus on the rights of others differs from American and British ideas, Canada and the Ethics of Constitutionalism provides engaging answers to contested questions about how Canada was founded and what it has become.

Samuel V. LaSelva is professor of political science at the University of British Columbia.

"LaSelva demonstrates that Canada has charted its own constitutional course, based on a distinctiveness that differentiates it from the US and the UK. Highly recommended." Choice

"This is an important and well-written book about the distinctive character of Canada's constitutional experience. It invites Canadians to think about the 'spirit' of their constitution and how it differs from the underlying principles of the British and