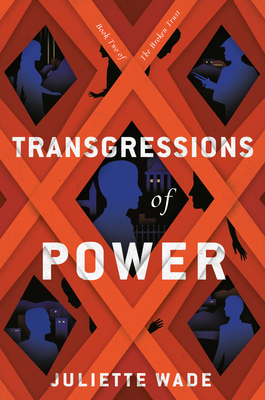 By Juliette Wade
$27.00
Unavailable, Out of Stock, or Out of Print

This is book number 2 in the The Broken Trust series.

The second book of The Broken Trust continues an epic struggle for power, kindled in the hearts of two brothers, as it spreads to crack the foundations of their underground society.

But ever since Nekantor seized power as the Eminence Herin's Heir, he's wanted to keep power in the family, and that means his eye is on the children--especially their thirteen-year-old brother Adon. In their absence, Nekantor begins to execute his own long-schemed plan, and soon Della realizes they've unwittingly become a part of it.

How far does Nekantor's influence spread? How much will he seek to control? And how can she save Adon from falling into his snare?

Praise for Transgressions of Power

“The first book in this series was awesome, but Transgressions of Power is even more breathless, more intense, more packed with emotion. This is sociological sci-fi filled with genuine heart.” —Beth Cato, author of Breath of Earth

“Wade's world is one you can taste, smell, hear, and touch. It's been a long time since I read science fiction this immersive, and the intricate political clockwork of the beginning builds up to a satisfying avalanche at the conclusion.” —Marie Brennan, author of the Memoirs of Lady Trent novels