Chasing the Rising Sun: The Journey of an American Song (Paperback) 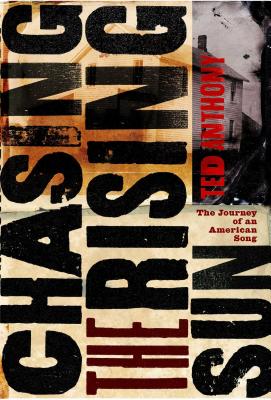 Chasing the Rising Sun is the story of an American musical journey told by a prize-winning writer who traced one song in its many incarnations as it was carried across the world by some of the most famous singers of the twentieth century.

Most people know the song "House of the Rising Sun" as 1960s rock by the British Invasion group the Animals, a ballad about a place in New Orleans -- a whorehouse or a prison or gambling joint that's been the ruin of many poor girls or boys. Bob Dylan did a version and Frijid Pink cut a hard-rocking rendition. But that barely scratches the surface; few songs have traveled a journey as intricate as "House of the Rising Sun."

The rise of the song in this country and the launch of its world travels can be traced to Georgia Turner, a poor, sixteen-year-old daughter of a miner living in Middlesboro, Kentucky, in 1937 when the young folk-music collector Alan Lomax, on a trip collecting field recordings, captured her voice singing "The Rising Sun Blues." Lomax deposited the song in the Library of Congress and included it in the 1941 book Our Singing Country. In short order, Woody Guthrie, Pete Seeger, Lead Belly, and Josh White learned the song and each recorded it. From there it began to move to the planet's farthest corners. Today, hundreds of artists have recorded "House of the Rising Sun," and it can be heard in the most diverse of places -- Chinese karaoke bars, Gatorade ads, and as a ring tone on cell phones.

Anthony began his search in New Orleans, where he met Eric Burdon of the Animals. He traveled to the Appalachians -- to eastern Kentucky, eastern Tennessee, and western North Carolina -- to scour the mountains for the song's beginnings. He found Homer Callahan, who learned it in the mountains during a corn shucking; he discovered connections to Clarence "Tom" Ashley, who traveled as a performer in a 1920s medicine show. He went to Daisy, Kentucky, to visit the family of the late high-lonesome singer Roscoe Holcomb, and finally back to Bourbon Street to see if there really was a House of the Rising Sun. He interviewed scores of singers who performed the song. Through his own journey he discovered how American traditions survived and prospered -- and how a piece of culture moves through the modern world, propelled by technology and globalization and recorded sound.

Ted Anthony joined the Associated Press in 1992. He was nominated for the Pulitzer Prize by the AP in 1998 and 2001 and won the National Headliner Award for feature writing in 2001. He was the AP news editor in China from 2002 to 2004. Anthony is the editor of asap, a multimedia news service produced by the AP. He lives in Montclair, New Jersey, with his wife and two sons.

"Ted Anthony takes us on a journey into the very soul of America -- and what a grand trip (in both senses of the word) it is. Here is a book to savor -- one not just for folk music fans, but for anyone interested even faintly in the American journey. His book long awaited, Ted Anthony has fulfilled all expectations with Chasing the Rising Sun. Tracking a single, haunting lyric from folk tradition to popular song, from Kentucky to Kansas, across country and ocean, Ted Anthony offers a journey into the soul of America."

-- Ed Cray, author of Ramblin' Man: The Life and Times of Woody Guthrie


"Chasing the Rising Sun documents the lineage of one of the great songs in the English language, providing a vivid panorama of American folk music and -- perhaps most important -- a smart analysis of the modern collision between oral and commercial cultures. Ted Anthony has written a valuable and revealing book."

"Have you ever gotten a song stuck in your head? Ted Anthony shows what happens when instead of ignoring it, you follow that tune wherever it leads. From Alan Lomax to Eric Burdon, from Andy Griffith to Martin Scorsese, from Georgia Turner to John Lennon, he conjures a real sense of connection and community. Chasing the Rising Sun is the kind of book that will stick in your head, too."

"Ted Anthony tells his tale with such intensity you can think his quest isn't merely for the song but for the house itself."

-- Greil Marcus, author of The Shape of Things to Come: Prophecy and the American Voice

"Page by page, I was drawn into the 'Rising Sun' -- the history, the people whose lives it changed, the incredible story of its travels across this country and around the world. Readers will find this story engrossing, and true, and ongoing -- a story without an end."

-- Jean Ritchie, folksinger, songwriter, and author of Singing Family of the Cumberlands

"Lovingly researched background on a more-fascinating-than-you-can-ever-imagine song...the author makes a case for the song's importance with such passion and skill that many will ultimately be persuaded...rich, complex history."