Class and Class Conflict in the Age of Globalization (Paperback) 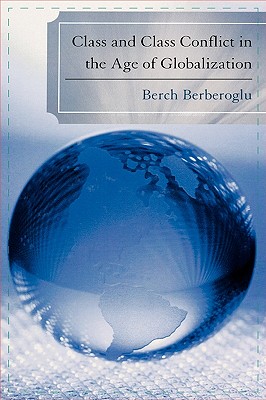 Social classes and class conflict have defined social relations ever since the division of society into hostile classes based on the exploitation and oppression of one class by another. This has become especially important in modern capitalist society through the globalization process, where class divisions have solidified with enormous inequalities in wealth and income that are the most glaring in the history of humanity. Class and Class Conflict in the Age of Globalization presents a macro-sociological analysis of class and class conflict through a comparative-historical perspective. Focusing on class as the motive force of social transformation, Berberoglu explores class relations and class conflict in a variety of social settings, stressing the centrality of this phenomenon in defining social relations across societies in the age of globalization. Going beyond the analysis of class and class conflict on a world scale, the book addresses the role of the state, nation/nationalism, and religion, as well as the impact of race and gender on class relations in the early twenty-first century.

Berch Berberoglu is Foundation Professor of Sociology and Director of Graduate Studies in the Department of Sociology at the University of Nevada, Reno. Dr. Berberoglu has authored and edited thirty two books and many articles in numerous scholarly journals. His areas of specialization are globalization, political economy of development, class analysis, the state, social movements, and social change.