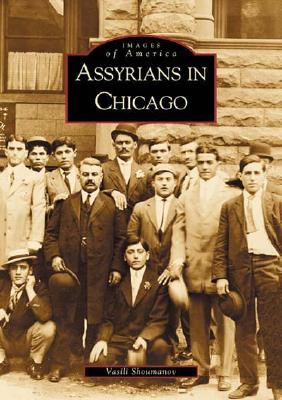 The pictorial history of Assyrian immigration to Chicago that encompasses more than 100 years.

The first Assyrian pioneers came to the United States in the late 1800s. Eventually, by the turn of the century, they began to reside in Chicago. Following several waves of persecution in their homeland, these indigenous people of Mesopotamia continued to migrate to America, and now the largest concentration of them reside in Chicago.

Through the medium of historic photographs, this book captures the evolution of the Assyrian community of Chicago from the late 1800s to the present day. These pages bring to life the people, events, and industries that helped to shape and transform this vibrant ethnic community in Chicago. With more than 200 vintage images, Assyrians in Chicago includes photographs from the collection of the Assyrian Universal Alliance Foundation.

This book depicts the many faces of the Assyrian American in various facets of American life interwoven with traditions from their homeland.