Blood Evidence: How Dna Is Revolutionizing The Way We Solve Crimes (Hardcover) 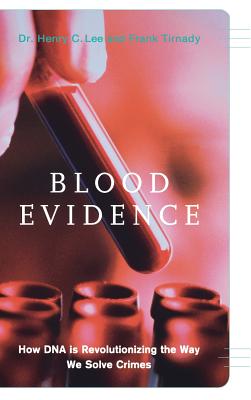 From O. J. Simpson's "trial of the century" to the recent disappearance of Chandra Levy and the reopening of the Edward De Salvo case, the collection and use of DNA in criminal investigations has become a controversial and often confusing burden of proof. Blood Evidence explains the principles and science behind DNA testing and shows how it has both helped solve some of the most puzzling criminal cases in recent history and been used to discredit eyewitness accounts and physical evidence found at the crime scene. Written specifically for a lay audience, Blood Evidence is the first trade book to explore the complexities of DNA testing and the effect it has had on justice systems worldwide.

Dr. Henry C. Lee, Ph.D., is the Chief Emeritus for Scientific Services, Chair Professor at University of New Haven, Forensic science program, Research professor in Molecular Cell Biology at the University of Connecticut, and the former Commissioner of Public Safety for the State of Connecticut. He served as the state's Chief Criminalist from 1979 to 2000 and was the driving force behind establishing a modern forensic lab in Connecticut. He has received numerous awards for his work and has helped the police around the world with over 6,000 cases. He has authored or co-authored over 30 book on forensic science.