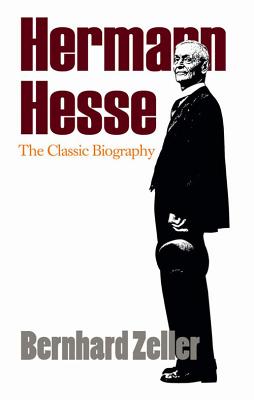 By Bernhard Zeller
$23.95
Unavailable, Out of Stock, or Out of Print

Bernhard Zeller depicts Herman Hesse's ancestry and childhood, spent in the small German town where Hesse was born in 1877, and traces his adolescence and early manhood. He describes his relationship with his first wife, his emigration to Switzerland in protest against German militarism, his Jungian psychoanalysis, the visit to India which inspired his narrative masterpieces Siddhartha and Journey to the East, and the breakup of his marriage. Hesse's growing Iiterary reputation coincided with his brief second marriage, and with his peaceful later years in Montagnola spent in the company of his third wife, Ninon, whom he married in 1931. His stature was not fully recognized outside German-speaking countries until after his death in 1962. Zeller also recalls Hesse's circle of friends, including his famous contemporaries such as Thomas Mann and Andre Gide. This valuable documentary portrait is illustrated with photographs from Hermann Hesse's private collection. In addition, it includes a bibliography and chronology.

Bernhard Zeller (1919-2008) was one of Germany's most renowned literary critics and biographers.