That Devil's Trick: Hypnotism and the Victorian Popular Imagination (Hardcover) 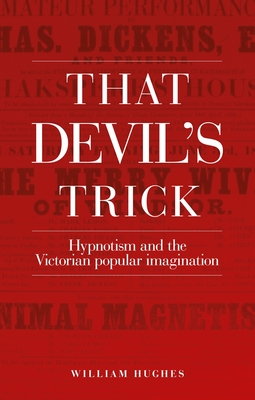 By William Hughes
$130.00
Unavailable, Out of Stock, or Out of Print

That devil's trick is the first study of nineteenth-century hypnotism based primarily on the popular - rather than medical - appreciation of the subject. Drawing on the reports of mesmerists, hypnotists, quack doctors and serious physicians printed in popular newspapers from the early years of the nineteenth century to the Victorian fin de si cle, the book provides an insight into how continental mesmerism was first understood in Britain, how a number of distinctively British varieties of mesmerism developed, and how these were continually debated in medical, moral and legal terms. Highly relevant to the study of the many authors - Charles Dickens, George Eliot, Bram Stoker and Conan Doyle among them - whose fiction was informed by the imagery of mesmerism, That devil's trick will be an essential resource for anybody with an interest in the popular and literary culture of the nineteenth century, including literary scholars, medical historians and the general reader.