Sigmund Freud's the Interpretation of Dreams (Texts in Culture) (Paperback) 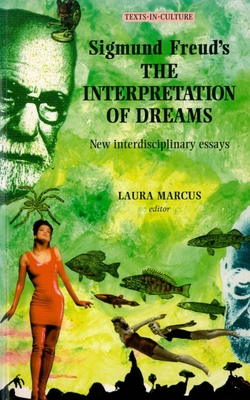 Freud's Interpretation of Dreams, published in 1900, has been one of the most influential texts of the twentieth century, fundamentally changing the ways in which people have thought about their waking lives as well as their dreams. This book, more than any other in Freud's massive oeuvre, has shaped a vast amount of work in linguistics and semiotics, literary studies, film theory, psychology, philosophical hermeneutics and the history of ideas. This influence is reflected in the editor's introduction, which includes a substantial discussion of the theory and practice of representation, and the six essays specially commissioned for this volume. The contributors are renowned for their knowledge of Freudian theory and for their interdisciplinary expertise in a wide range of fields. They examine, for example, the relationship of Freud's text to theories of interpretation, autobiography and literary production. The book as a whole gives a clear sense both of the context of Freud's
text and of its influence throughout the twentieth century. This volume is an ideal introduction to Freud's work for students and teachers of English and other literatures, philosophy and social and cultural studies, as well as the wider audience concerned with psychoanalysis and its cultural ramifications.