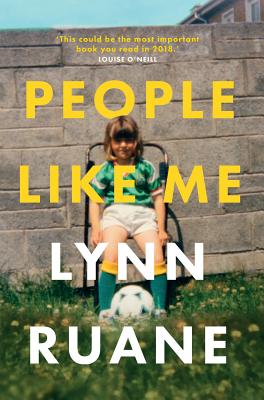 Intimate and brave, this is the exhilarating story of one woman's journey to the brink and back, emerging as a leading light for change and an inspiration to women everywhere. A force of nature from the day she was born, Lynn Ruane grew up in a loving home in West Dublin. But in her early teens things began to unravel, and she fell into a life of petty crime and chaotic drug use. By age 15 - pregnant with her first child, no longer attending school and still reeling from a series of shocking incidents in her personal life -Lynn decided she had enough of running away and set about rebuilding her life. Inspired by her daughter, she returned to education and slowly began to heal the hurt. She began developing addiction services, became an activist at Trinity College, and later a senator. As the lines between the personal and political became redrawn, Lynn was called to reckon with her past in a new and frightening way. Irish Book Awards Non-Fiction Book of the Year 2018. "Few voices ring out as clearly as those who have long been oppressed or silenced. In her heartfelt memoir People Like Me, author Lynn Ruane tells the gripping story of her working-class Dublin life, the kind of life that rarely gets a hearing elsewhere and so she does it with the kind of detail those who have been waiting years to speak up bring to a written work."--Irish Voice.