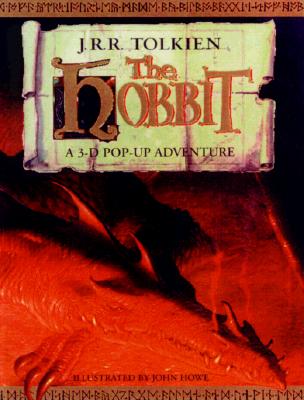 Delve into the incredible world of hobbits, wizards, and dragons in this exceptional visual adaptation of J. R. R. Tolkien's classic fantasy epic The Hobbit. This innovative pop-up book transports hero Bilbo Baggins, a small, quiet hobbit, through five adventures from the novel. Featuring beautiful illustrations, intricate paper engineering, and pull-out scrolls with excerpts, this unique edition is the perfect introduction to Tolkien's timeless tale and a must-have collectible for Hobbit fans of all ages.

John Ronald Reuel Tolkien (1892-1973) was a major scholar of the English language, specializing in Old and Middle English. Twice Professor of Anglo-Saxon (Old English) at the University of Oxford, he also wrote a number of stories, including most famously The Hobbit (1937) and The Lord of the Rings (1954-1955), which are set in a pre-historic era in an invented version of the world which he called by the Middle English name of Middle-earth.

John Howe was born in 1957 in Vancouver, Canada. After finishing High School, he moved to France in 1976, where he attended the Ecole des Arts Décoratifs in Strasbourg, gaining a Diploma in Illustration. Aside from illustrating jackets for numerous Tolkien and other fantasy works he has also illustrated many children’s books. He lives in Switzerland with his wife and their ten-year-old son.