Lands of our Ancestors (Paperback) 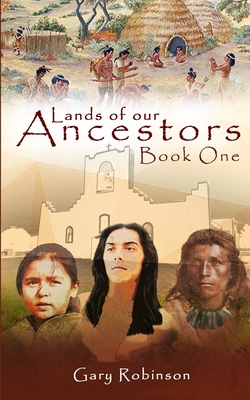 This historical novel tells the story of a twelve-year-old Chumash boy and his family who become captives in a California Spanish mission sometime more than 200 years ago. This is historical fiction based entirely on historical fact that reveals the devastating impact the missions had on California Native peoples. Written for fourth, fifth and sixth graders, the story ends on a hopeful note as a small group of Native children are able to escape their captors and begin a journey to join other Native escapees in a remote mountain village. As mandated by the California Department of Education, every 4th grader is taught the "Mission Unit," which perpetuates the "idyllic mission myth" that glorifies the priests, denigrates California Indians and fails to mention that Indians were actually treated as slaves held captive by a Spanish colonial institution. The manuscript has been reviewed and approved by the Director of the Santa Ynez Chumash Culture Department and a member of the California American Indian Education Oversight Committee. It has the endorsement of a fourth grade teacher in California who has shared the story with her class and a local librarian who is excited about sharing the story with elementary age children through the library. It has also been endorsed by the local library branch manager and a former professor of Anthropology within the University of California system.