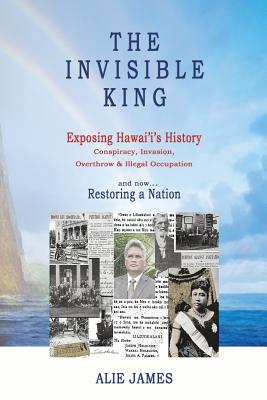 This is the title of the Kingdom of Hawai'i's chant, and means, "the Mana is Rising". The chant describes exactly what is happening in Hawai'i now. The Kingdom of Hawai'i is being restored and returned to its pre -1893 government by King Edmund Keli'i Silva, Jr.

This is a book based on facts, and it exposes what really happened in 1893 to Queen Lili'uokalani and the nation of Hawaii at the treacherous hands of the United States. The events that led to her overthrow are summarized in the book's subtitle - conspiracy, invasion, overthrow & illegal occupation. But it goes even further than that, as indicated from a statement of King Keli'i Silva, "the seizure of the Kingdom was an illegal act of war".

In Hawai'i's past, there was something unique and magical that no other nation has ever been able to duplicate. It is Hawaii's "Aloha Spirit", which permeated everyone and everything. Sadly though, the Aloha Spirit seems to have become more of a "product", manufactured to sell tourism in Hawaii. You will find the authentic Aloha Spirit in the last remnants of the Hawaiian culture, as well as many who are involved in the Sovereignty movement.

Queen Lili'uokalani died in 1917, but she believed until her very last breath that her nation would be restored. In 2003, the Kingdom of Hawai'i was legally restored by the Queen's cousin, King Edmund Keli'i Silva, Jr.