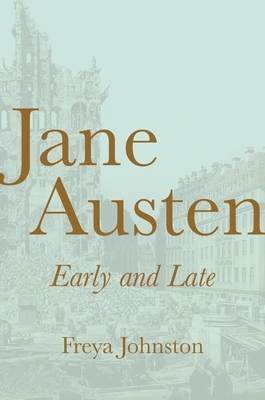 Jane Austen's six novels, published toward the end of her short life, represent a body of work that is as brilliant as it is compact. Her earlier writings have routinely been dismissed as mere juvenilia, or stepping stones to mature proficiency and greatness. Austen's first biographer described them as "childish effusions." Was he right to do so? Can the novels be definitively separated from the unpublished works? In Jane Austen, Early and Late, Freya Johnston argues that they cannot. Examining the three manuscript volumes in which Austen collected her earliest writings, Johnston finds that Austen's regard and affection for them are revealed by her continuing to revisit and revise them throughout her adult life. The teenage works share the milieu and the humour of the novels, while revealing more clearly the sources and influences upon which Austen drew. Johnston upends the conventional narrative, according to which Austen discarded the satire and fantasy of her first writings in favour of the irony and realism of the novels. By demonstrating a stylistic and thematic continuity across the full range of Austen's work, Johnston asks whether it makes sense to speak of an early and a late Austen at all. Jane Austen, Early and Late offers a new picture of the author in all her complexity and ambiguity, and shows us that it is not necessarily true that early work yields to later, better things.

Freya Johnston is Associate Professor of English at the University of Oxford. She is the coeditor of Jane Austen's Teenage Writings and the author of Samuel Johnson and the Art of Sinking, 1709-1791.