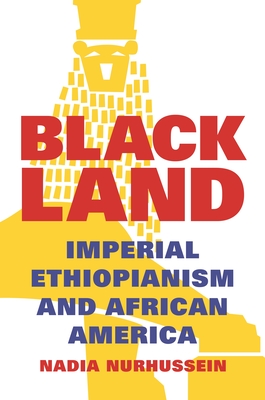 As the only African nation, with the exception of Liberia, to remain independent during the colonization of the continent, Ethiopia has long held significance for and captivated the imaginations of African Americans. In Black Land, Nadia Nurhussein delves into nineteenth- and twentieth-century African American artistic and journalistic depictions of Ethiopia, illuminating the increasing tensions and ironies behind cultural celebrations of an African country asserting itself as an imperial power. Nurhussein navigates texts by Walt Whitman, Paul Laurence Dunbar, Pauline Hopkins, Harry Dean, Langston Hughes, Claude McKay, George Schuyler, and others, alongside images and performances that show the intersection of African America with Ethiopia during historic political shifts. From a description of a notorious 1920 Star Order of Ethiopia flag-burning demonstration in Chicago to a discussion of the Ethiopian emperor Haile Selassie as Time magazine's Man of the Year for 1935, Nurhussein illuminates the growing complications that modern Ethiopia posed for American writers and activists. American media coverage of the African nation exposed a clear contrast between the Pan-African ideal and the modern reality of Ethiopia as an antidemocratic imperialist state: Did Ethiopia represent the black nation of the future, or one of an inert and static past? Revising current understandings of black transnationalism, Black Land presents a well-rounded exploration of an era when Ethiopia's presence in African American culture was at its height.

Nadia Nurhussein is associate professor of English and Africana studies at Johns Hopkins University. She is the author of Rhetorics of Literacy: The Cultivation of American Dialect Poetry.