Beyond Religious Freedom: The New Global Politics of Religion (Hardcover) 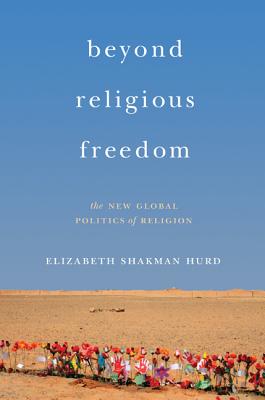 In recent years, North American and European nations have sought to legally remake religion in other countries through an unprecedented array of international initiatives. Policymakers have rallied around the notion that the fostering of religious freedom, interfaith dialogue, religious tolerance, and protections for religious minorities are the keys to combating persecution and discrimination. Beyond Religious Freedom persuasively argues that these initiatives create the very social tensions and divisions they are meant to overcome.

Elizabeth Shakman Hurd looks at three critical channels of state-sponsored intervention: international religious freedom advocacy, development assistance and nation building, and international law. She shows how these initiatives make religious difference a matter of law, resulting in a divide that favors forms of religion authorized by those in power and excludes other ways of being and belonging. In exploring the dizzying power dynamics and blurred boundaries that characterize relations between expert religion, governed religion, and lived religion, Hurd charts new territory in the study of religion in global politics. A forceful and timely critique of the politics of promoting religious freedom, Beyond Religious Freedom provides new insights into today's most pressing dilemmas of power, difference, and governance.

Elizabeth Shakman Hurd is associate professor of political science at Northwestern University. She is the author of The Politics of Secularism in International Relations (Princeton) and the coeditor of Comparative Secularisms in a Global Age and Politics of Religious Freedom.