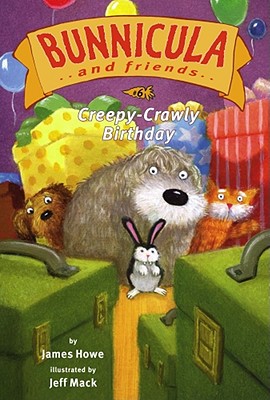 This is book number 6 in the Bunnicula and Friends series.

Harold the dog, Chester the cat, and Howie the dachshund puppy are excited for Toby's birthday. Because birthdays mean parties, and parties mean presents. And best of all -- cake.

But when the pets find seven suitcases in the room with all of the gifts, they start to worry. What could be inside? Why are there holes in them? And are they...moving?

This is one birthday present that Bunnicula fans will be eager to open!