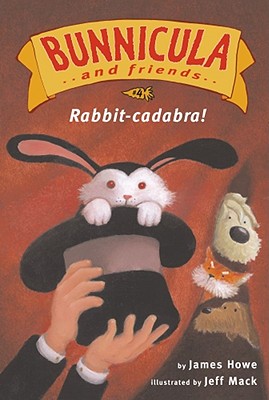 This is book number 4 in the Bunnicula and Friends series.

A magician is coming to town and Toby can't wait. Maybe he'll get to be his assistant! But Harold the dog, Howie the dachshund puppy, and Chester the cat aren't as excited. They know how powerful the Amazing Karlovsky really is. With one wave of his wand he can make things disappear. And even worse -- he can pull a rabbit out of a hat.

What is the rabbit is a vampire just like Bunnicula? And what if -- as Chester fears -- he pulls out another and anothe and another? If someone doesn't stop the amazing Karlovsky soon, there could be hundreds of vampire bunnies on the loose!