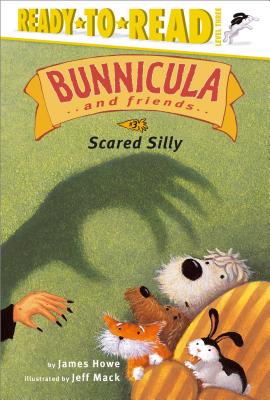 This is book number 3 in the Bunnicula and Friends series.

It's Halloween night and many spooky things are happening at the Monroe house. The wind is howling. The walls are creaking. Bunnicula's eyes are gleaming red. But worst of all, there is a witch in the kitchen!
Harold the dog, Chester the cat, and Howie the dachshund puppy are all scared silly. Are they doomed to be part of a witch's brew? And does Bunnicula have anything to do with the strange goings-on?