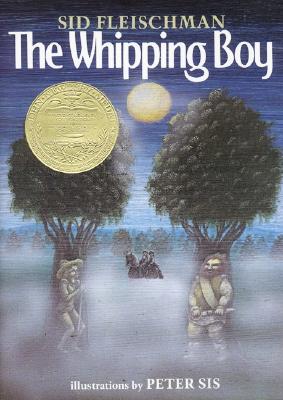 Award-winning author Sid Fleischman blends the broadly comic with the deeply compassionate in this memorable novel, winner of the Newbery Medal.

A Prince and a Pauper . . . Prince Brat and his whipping boy inadvertently trade places after becoming involved with dangerous outlaws. The two boys have nothing in common and even less reason to like each other. But when they find themselves taken hostage after running away, they are left with no choice but to trust each other. "A rollicking tale of adventure and mistaken identity . . . . Robust scenes and characters are vividly evoked."—Kirkus Reviews

Sid Fleischman wrote more than sixty books for children, adults, and magicians. Among his many awards was the Newbery Medal for his novel The Whipping Boy. The author described his wasted youth as a magician and newspaperman in his autobiography The Abracadabra Kid. His other titles include The Entertainer and the Dybbuk, a novel, and three biographies, Sir Charlie: Chaplin, The Funniest Man in the World; The Trouble Begins at 8: A Life of Mark Twain in the Wild, Wild West; and Escape! The Story of The Great Houdini.

Peter Sís is an internationally acclaimed author, artist, and filmmaker. Among his works are three Caldecott Honor books: The Wall: Growing Up Behind the Iron Curtain; Tibet: Through the Red Box; and Starry Messenger: Galileo Galilei. He has illustrated five other novels by Sid Fleischman, including the Newbery Medal book The Whipping Boy. He lives with his family in New York State.

“With his flair for persuading readers to believe in the ridiculous, Fleischman scores a hit.”
— Publishers Weekly

“A rollicking tale of adventure and mistaken identity, written in a style reminiscent of 19th-century melodrama.”
— Kirkus Reviews

“A top-notch read-aloud.”
— Bulletin of the Center for Children’s Books

“The Whipping Boy is a quick, fast-paced book full of wisdom and heart. It delivers a full-scale story in a short, accessible format.”
— Brightly