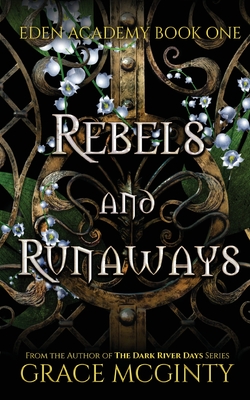 Carmen had been attending Eden Prep since before she knew her multiplication tables, and she was ready to graduate, do her time at the Academy and then get the hell out of dodge. She was sick of having a best friend who still saw her as a little kid despite the fact she was seventeen. She was sick of her Alpha older brother telling her what to do. She was sick of always being compared to Enit, her omega and incomparable littermate.

The only place she felt free was fighting, and if her parents knew that? They'd kick her ass and keep her locked up in the tiny town of Dark River forever. Well, except her dad X. Carmen was pretty sure he was proud that she could kick ass.

Carmen needed to get out into the world and live life on her own terms. But her first semester at the Academy brings more surprises than she expected. A fiery runaway with a quick smile and even quicker hands. Not to mention the arrival of a boy, no a man, with dark eyes and an even darker past.

Hell, maybe Eden was living up to its name after all.

This story is an Academy, reverse harem romance.