The Theory of René Girard: A Very Simple Introduction (Paperback) 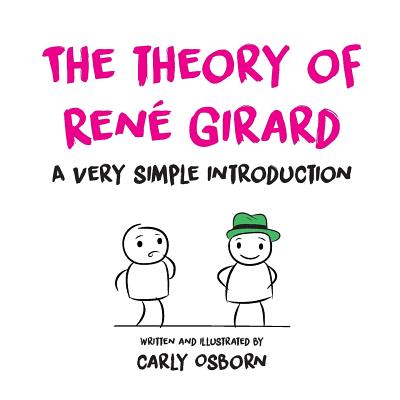 This book is a brief introduction to the theory of Ren Girard, written in a humorous, accessible style, and accompanied by cartoon illustrations by the author.

Ren Girard (1923-2015) was a French historian, literary critic, and philosopher of social science, whose work belongs to the tradition of anthropological philosophy.

Girard's fundamental ideas were that desire is imitative in origin ('mimetic'); that mimetic desire causes rivalry and violence, leading to scapegoating; that the scapegoat mechanism is the origin of sacrifice and ritual, and thus the foundation of human culture; that religion developed from ritual; and that the Judeo-Christian Bible denounces the scapegoat mechanism.

If you'd like to understand the basics of the theory of Ren Girard without delving into a serious academic text, then this book was written for you. It also has knights in armour, Batman, Greek tragedy, and hats.