A Plan to Save the World (Paperback) 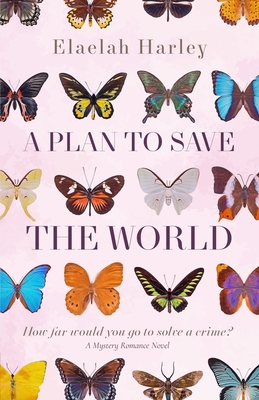 Willa Triston loves three things - music, her only friend Poppy, and the earth. These passions are put on hold, and her reclusive life is shattered after she sees a strange flickering light from her window.

Her lack of impulse control forces her to investigate it, but the night turns dangerous, and a series of bad decisions bring her to the attention of Sheriff Rome Pendleton. When clearing up a misunderstanding creates more problems, and Rome's department becomes understaffed, Willa gets wrapped up in the case, helping at his side.

At first, it seems easy enough to balance her studies, the mystery and Rome's persistent flirtation - that is, until she finds there's a bit more to the story than everyone initially thought.